Do you know which is the Most Popular Tweet of all time? I’ll tell you!

This is the most popular tweet in the history of Twitter. It was posted by a Japanese billionaire Yusaku Maezawa. In this tweet he promised to give away $1 million to each of the lucky 100 individuals who followed him on Twitter and retweeted this tweet. Naturally, this tweet was poised to see the highest engagement rates which it did.

Now, since this was the most popular tweet ever, it was bound to stand out and any one could get this tweet by performing a simple Google search.

This is a paid Android app which provides you with a list of the top 5 most popular tweets for any public Twitter account with the free version. You can purchase the premium app for just $10 which will allow you to find top 100 tweets for any Twitter user.

The premium version even allows you to download all the 100 tweets to an Excel file.

Finding the most popular Tweet allows you to find the most engaging trends on Twitter worldwide. By knowing which tweets create the maximum engagement, you can tailor your tweets around them and create that same engagement for your content as well.

As you can see, the free version of the app allows you to view only 5 of the most retweeted and liked tweets. You can increase this limit by paying only $10. This will remove the limits on the app and you will be able to enjoy the full app experience. 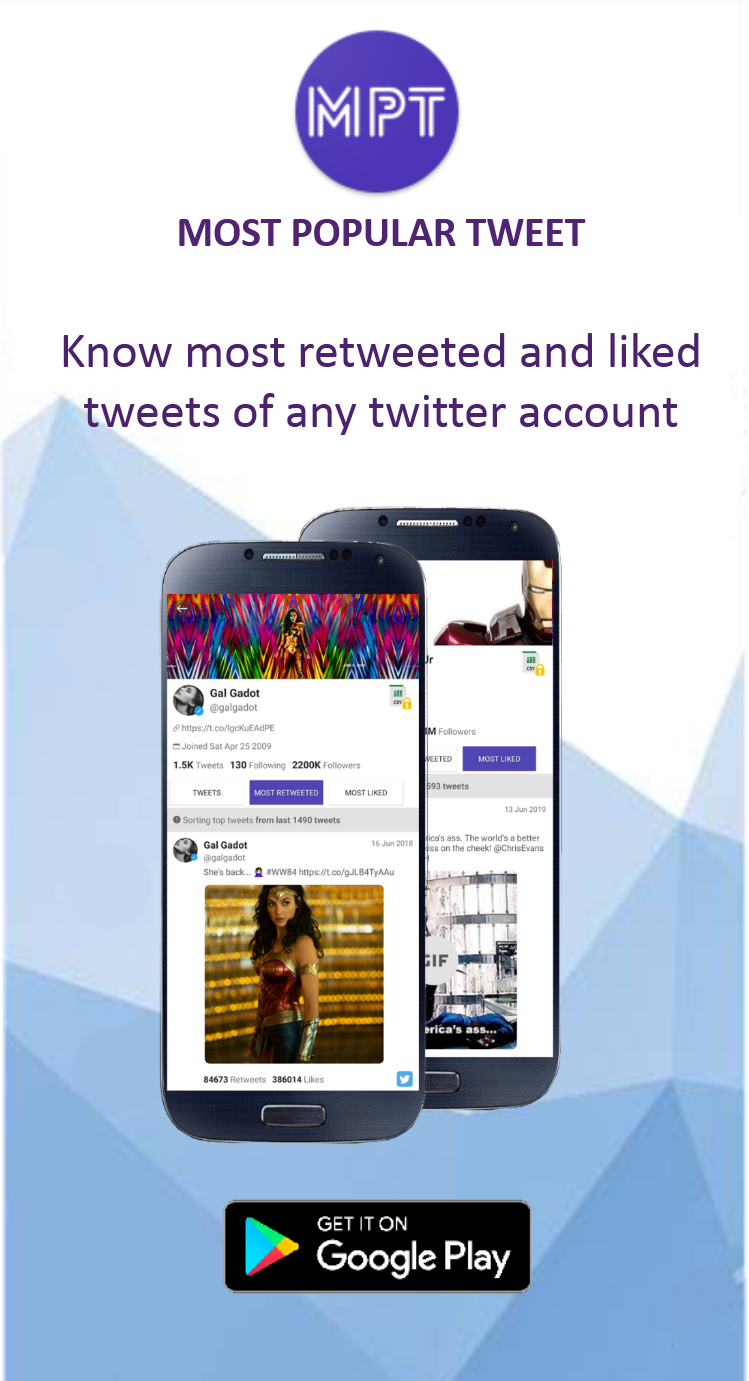